Moving from G.hn to G.hn Wave 2 at "up to 1 gig." G.hn has grown beyond home powerline into a legitimate contender for in-building broadband. KT, using Marvell chips has been offering hundreds of megabits since late 2014. KT reaches several million apartments now and intends to cover 95% of Koreans who can't get fiberhome by the end of 2017. That puts G.hn a year or more ahead of G.fast.

KT, working with Ubiquoss and Lightworks, has begun exporting the system. They have a deal with Turk Telecom and a  demonstration building in Barcelona near Mobile World Congress. As you can see from their pr below, they plan a strong export campaign; the picture is the cover of their slick brochure.

G.hn is not as complex as G.fast with vectoring and many other features. That means it's simpler and cheaper. Chano Gomez of Marvell believes Wave 2 can match today's G.fast chips. I haven't seen test data from an independent source. 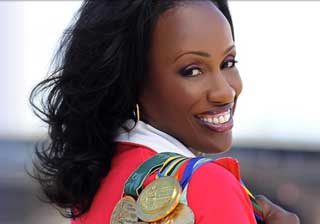 Jackie Joyner-Kersee, Comcast's fastestJorge Salinger is ready as soon as the vendors can deliver.  Casa Systems has already demonstrated 400 megabits upstream and will soon show 600 megabits. They will only offer gigabits downstream in 2016, Daniel Frankel reports, “because 3.1 was not available in upstream. ... I think it’ll be in 2017.” Comcast's $70 gigabit downstream is available today in parts of Chicago, Nashville, and Nashville with a promise to cover over 40M homes by 2018. The upstream is limited to 35 megabits, but that's about to change.

I had heard from cable people that they would wait for Full Duplex before upgrading speeds, so this is good news. Full Duplex - sending both upstream and down in the same spectrum - is an active project at CableLabs but likely 3-7 years from volume deployment. Comcast instead will use dedicated spectrum for upstream, possibly eight 6 MHz channels. AT&T is serious about adding 12M "gigabit" homes, using GPON and G.fast, and Comcast wants to be able to match the gigabits soon available to about 30% of the U.S.

Cable systems are about to get a massive capacity improvement with software defined CCAPs running on easily upgradable hardware. Harmonic has just entered the market with a software-defined unit running on a common, off-the-shelf Intel PC.

In large volume, 2/10ths to 5/10ths a cent. That suggests large ISPs pay something less than a penny per gigabyte. If you use 139 gigabytes/month, that costs your provider something like $1/month. (Doubling transit costs gives you a rough estimate of the cost to the carrier, which also has to carry the bits to your local exchange.)

Akamai recently bid "$0.002 per GB delivered," according to Dan Rayburn, a streaming media expert I trust. Dan notes that's the lowest price he's ever seen for a content delivery deal, and other recent bids have been as high as half a cent. Prices have been driven down by large customers, including Apple, doing their own content carriage. Amazon is in the game today as well.

Hurricane Electric is advertising Internet transit at dozens of locations for $0.20/Mbps, which works out to a similar price.

Until two or three years ago, landline data traffic for the average user had been growing at 40% +-5% for a dozen years. Fortunately, Moore's Law has brought down the costs of the necessary components at a similar rate of about 40%. The marginal cost per subscriber per month has stayed flat at all the large carriers: About $1/subscriber/month across the developed world. Wireless growth has been similarly slowing.

Comcast promises "100% of advertised speeds, even during peak" 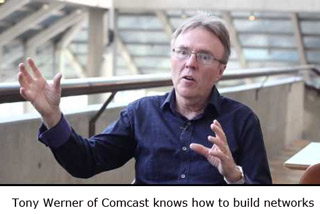 Shared networks can work remarkably well. Across the U.S., AT&T, Comcast, and Verizon are in a fierce marketing battle to offer fiber to new developments. Table stakes now are a reliable gigabit network and premium TV offerings. 400,000 new apartments go up every year. They add less than 1/2 of 1% to the housing stock but are a prime growth market.

I suspect there's a slight exaggeration here, but 97-99% would make most of us very happy. U.S. & U.K. government testing (SamKnows) have long demonstrated that most cable networks are darn close to 100% delivery. In 2014, FCC tests showed 95% of Comcast customers received between 109% and 119% of advertised upload speeds.

Cuts at Google Fiber: No one switching, wireless and cable going to a gig 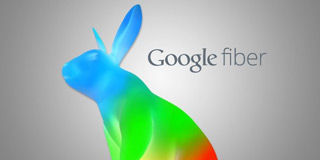 If cable/DSL is good, people won't switch. Kevin McLaughlin's article is unconfirmed but makes sense. Update Someone who knows thinks this is false. The analysis stands whether or not there are cuts today.End update.

I have 200/20 cable; Jennie 50/50 fiber. Both are rock solid and uncongested. For most people that's fine and Google's gigabit isn't worth switching for. Reported result: Cost per new customer blows out the economics. Fiber needs to win ?30% to 50% of the market. That's hard if the existing carriers aren't so bad. LTE by the end of this year will be at a gigabit, (shared) with more antennas likely to allow servicing more fixed customers.

LTE by the end of this year will be at a gigabit, (shared.) Many antenna MIMO will allow servicing more fixed customers even before 5G is ready. Comcast and Cox are promising a gigabit (shared) to half the country within two years. 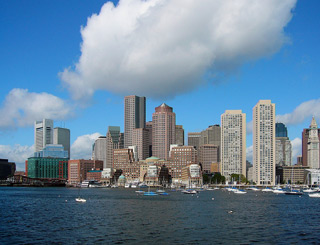 Verizon planning business customers in 2017. Vincent O’Byrne doesn't believe 10 gig down, 2.5 up is enough for Verizon's future. He has begun trials of 40 gig down, 10 gig up NG-PON2 with Calix and Adtran, with the intent to start purchasing within a year. Boston's new fiber network would be a natural place for them; Verizon would be able to offer 10 gig inexpensively to the giant companies in Boston's financial district. The same gear will probably be natural for Verizon's 2018 test of 5G highband, which will need massive backhaul. mmWaves do not go far and will need cells every few hundred meters.

The same gear will probably be natural for Verizon's 2018 test of 5G highband, which will need massive backhaul. mmWaves do not go far and will need cells every few hundred meters.

Also called TWDM PON, the OLT delivers 4 wavelengths at 10 gig each. Calix says they can bond them, to deliver 40 gig to a customer.

Singularity in half the U.S.? Cable is now 50/5 or higher for nearly everyone. The numbers from Leichtman are inescapable; Cable is clobbering DSL in the U.S. The question mark after "singularity" is only because this is a single quarter; another quarter or two and the death march will be almost irreversible. Telco broadband dying across much of the United States wasn't inevitable. DSL is still beating cable in Canada, England, and France.

For several years, nearly everyone except a few top analysts and the companies involved thought cable was decisively knocking out telcos. I frequently pointed out that telcos were doing fine in about ~50M homes with faster DSL (AT&T U-Verse, millions at Century) or fiber (Verizon FiOS.) The losses were coming in the about ~25M homes AT&T and Verizon hadn't upgraded in a decade or more. They intend to shut down landlines for most of them, expecting to be more profitable because many would switch to their wireless.