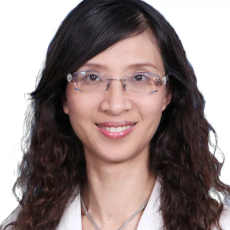 A consulting client, expanding rapidly in the cloud, asked me for advice on how to understand the culture at phone companies. In the cloud/webscale world, mistakes happen often and are fixed quickly. That's usually impossible in telecom. Networks take years to build. A fast 5G rollout is 3-4 years. 5 years or more is common. You can't turnaround quickly.

Don't underestimate the tech people in telecom. Almost all very smart and capable. Few have fancy degrees, Almost all have worked their way to the top against a thousand others. Most are lifers and have spent many years at the same company. They believe outsiders don't understand the business. They are usually right.

Because mistakes are so hard to reverse, they are damned cautious, (Often too much so.)
Sales cycles often stretch into years. They want to know your company will be there for the long haul. They expect a track record.
Telcos are not all the same; DT has been hiring top people from outside. It is an exception. Far more common is a hierarchical system where even the best must rise over a decade, always going along and getting along.
The boss is in charge. Geniuses and wiseasses rarely succeed. You don't survive if you don't fit in.
On the other hand, the companies are far more tolerant of diversity.  Ralph de la Vega worked his way through college as a janitor. He still had a strong Latino accent even as he became the #2 executive at AT&T. At least in the US, telcos have far more blacks and Latinos in senior positions than do Internet companies.

There's another reason they are cautious. For more than a decade, they've watched colleagues go in constant cutbacks. They know more layoffs are coming. because there is little growth.