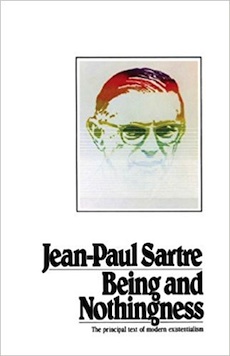 AT&T makes ~$20B/year, has $49B in cash, and claims $444B in assets. Few believe CEO Randall Stephenson's sworn statement it faces an "existential crisis." (NY Times) I know it's a genuine fear because I've heard similar from others at the top of AT&T. One friend wrote me, "I certainly hope the TW deal goes through. ...  Our world is changing and companies have to change as well."

AT&T, despite what the Times thinks, is not going to go out of existence. But profits certainly could fall from $20B to much less, clobbering the stock price

In 2016, Randall himself said that without enormous changes, "In three years we’ll be managing decline." AT&T is working on ~70,000 job cuts, the largest cutback anywhere in the world since Elisha Gray and Alexander Graham Bell invented the telephone.

I'm certain AT&T will be around in a decade and still an enormous company, despite Randall's doubt. But Randall, John Stankey, & John Donovan are running very, very scared. This is not just D.C. bluster put on to impress the judge.

Telecom is a (slightly) declining business. Randall thinks Google and Facebook will take T's profits unless he remakes the company in their image.

The extreme problems. The phone companies, AT&T in particular, have done a remarkable job of keeping profits up while losing the phone revenue. Local telephony, barely regulated in the U.S., is one of the most profitable businesses in history. But revenues are virtually flat in most of the world. AT&T revenue was down $3B from 2016 to 2017.

Simon Murray, an experienced analyst, projects AT&T video revenues will go down from $31B in 2017 to $24B in 2023, along with a general decline in the traditional pay TV business. In hindsight, the $57B AT&T paid for DirecTV was far too much for a company earning less than $3B/year.

Four years ago, they decided their real competition is Google and Facebook. They believe that Google in particular is building data centers, switching, and an international cloud for 50-80% less than AT&T. For example, YouTube can distribute video for much less than AT&T's U-Verse VOD. That's an overwhelming advantage.

They are turning the whole company around to a "web-centric" model faster than any other telco on Earth. They've embraced open source and cheap generic hardware. The target a 75% software-defined network by 2020. They are the driving force behind CORD - Central Office Reconsidered as a Data Center. That's so public even I'm on the mailing list.

They are actively working on a plan to shut down 15% to 30% of their landlines, mostly in rural areas, and go wireless only. It's cheaper to run one network than two, and wireless progress is astounding.

My take is the best move for shareholders is to give up the deal. The price is high and Hollywood is more competitive than the phone business. AT&T has only one high speed competitor, the cable company. There are 5 major film studios and slews of TV channels and producers.

Warning: Randall obviously disagrees with me here. Looking back over the last 15 years, he has several times been right when our opinions differed. In 2003, I thought it was necessary for the telcos to put in fiber, as Verizon was. Stephenson ran the numbers and looked at the market projections. He decided to do a modest DSL upgrade (U-Verse) instead. The result after a decade: Verizon fiber and AT&T DSL did about the same. It wasn't necessary..

The margins at the telco are likely to be higher than in Hollywood over the long term. That's especially true because AT&T's primary competitors, Comcast and Charter, are heavily committed to raising prices. The profit margin will go down after an acquisition at this price.

True, Wall Street wants growth and there's no growth in the phone business. Very few company managements are comfortable letting the company shrink, even if that's the more profitable way to go. Shareholders would likely do better if T spent the money on a huge buyback, in my opinion.

$85B is too much to pay for Time-Warner except as a disguised way to diversify from the prospects of the telco business.  Time Warner earns $$-5B/year, so that's a very rich price. Read Variety or the Hollywood Reporter and you'll see plenty of warning signs for the future of TV & film. The latest is that the Chinese are suddenly making blockbusters. Detective Chinatown 2 and Operation Red Sea are #2 & #3 in worldwide box office this year.

But what if Randall believes that his telco business will go into a sharp decline rather than almost flat. His smart move would be to diversify while the company remains very rich.

Nothing but humongous deals would move the needle on a company the size of AT&T. So he may have been searching for a reasonable but not great deal to hedge against a sharp telco decline.

If that's the explanation, he wouldn't want that noticed. T has said nothing like that and I have no evidence.

Does Randall know something the rest of the industry is missing?

I wanted to use a picture of Randall and Donald Trump but I couldn't find one without copyright.