~65% in the Global South. Point-Topic, the most reliable source, found 913M fixed lines at the end of Q3 2017. By now (April 2, 2018,) fixed lines are over 940M. I don't know any way to be as precise for wireless-only. For Q3 2017, I find about 1B regular data users without a home wired connection. I'm estimating ~500M wireless only "connections" to compare with the landline figures (Follow links or charts at end.) Update 1/10to reflect a higher estimate for Indonesia.

25% have English as a primary language, per the chart below. 75% do not. Chinese is 19%; Spanish is 8%; almost 25% speak languages outside the top 10. Google translation is almost but not quite good enough to bridge that.

I haven't found a reliable figure for the number of wireless-only data users in mobile, so I made a rough estimate. In the developed world, there are often more than two "users" per landline connection. (Facebook user numbers are my main source.)  The world is addicted to mobile. Some families have many users. To have a mobile data only figure to compare with the landline totals, I estimated ~500M "Connections."

The data is very weak, so I'm using low estimates. Even the number of mobile users is not reliable. The Ericsson figure of 900M in Africa is based on SIM cards and carriers exaggerations. As many as half may be second SIMs, expired, etc. The conclusion holds; this is a wildly different Internet than even five or ten years ago.

India has more Facebook users than the U.S. and the gap is getting wider. Almost all the growth is in Africa, Asia, and Latin America. The Amazons, Facebooks, and Googles know this well. So do all the equipment vendors.  But most content creators, startups, and others don't realize the U.S. is now less than 15% of the Internet. The "Internet Governance" crowd fights hard to keep the old guard and allies in charge.

The skin color, ethnicity, and income are as you would expect. 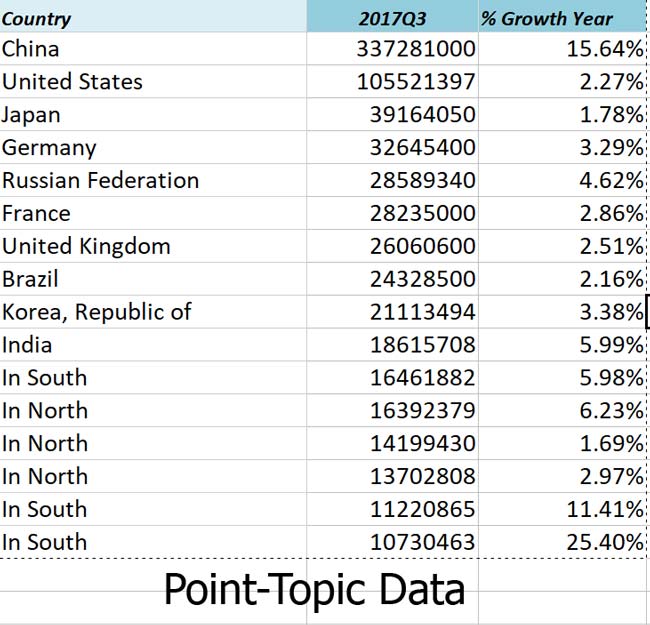 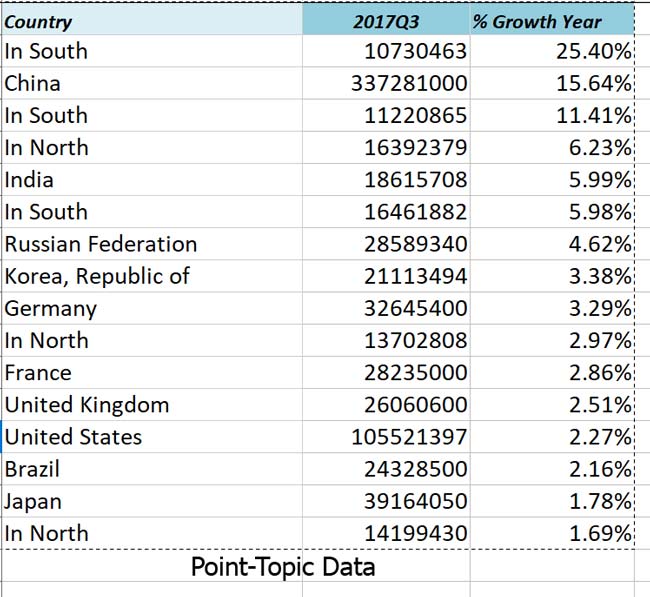