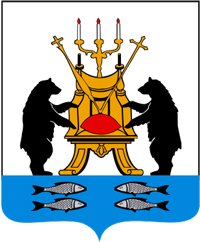 Similar to Germany, faster than France. A few years ago, I was amazed to discover that Russia had some of the fastest Internet in Europe. Akamai's State of the Internet Report is based on a massive data set and showed excellent speeds in Russia. Most are served from fiber to the basement, inherently faster than most DSL, the main European connection. Russians generally live in apartment buildings and FTTB was the natural way to build the networks.

According to Akamai's report, the Q3 average connection speed in Russia was 11.6 Mbps, about midway between England's 9.7 Mbps and Germany's 13.7 Mbps. Russia is ahead of Germany in peak speed measures. (Unfortunately, the Akamai report has important methodological problems. The relative speeds do correspond to other data I've seen so I think they are in the right proportions.)

The market is intensely competitive despite only having three players in many areas. Prices were always low and fell further in dollar terms as the oil price dragged down the rural.

In most countries with only three players, the companies usually find a way to signal each other to all raise prices. Minister Nikolai Nikiforov is young, aggressive, and knows enough not to be fooled by company lobbying. It may be that he more effectively uses government power on behalf of consumers.

There's a myth floating around that deregulated networks normally serve customers better and governments always get in the way. Russia has a strong, almost authoritarian government but excellent Internet at an extraordinary price. China is even more dramatic. They have 270M wireline broadband connections compared to about 100M in the U.S. The gap is growing rapidly, as much as 8M lines in a recent quarter. In China, all three telcos are majority government owned and take orders from the Minister. A few years back, the Minister moved CEOs and other top executives between companies, apparently in an attempt to reduce corruption. (The Vice Chairman of China Unicom was facing a long prison term last I looked.) Vietnam and Egypt, neither democratic, are the fastest growing broadband networks

Democracy is a good thing but the evidence is scant it's the most efficient way to rise out of poverty.

The 31M figure and the $6 price are from Chris Dziadul of Broadband TV News, an excellent publication focusing on Eastern Europe. Point-Topic's subscriber figure is about 10% lower.